As Many Of You May Know In Mid 2020  I Was Asked By Grace Mastrangelo (Johnny's Maestro's Wife) to become the lead vocalist of the Johnny Maestro Tribute Group, but unfortunately due to the pandemic and restrictions, the shows were cancelled. I made a decision a few months later to leave the group due to booking more solo performances and also remaining with my current group The Acchords as many bookings came in. I felt it would be the right thing to do to avoid many conflicts.

​Dennis is a current member of The Acchords since December of 2017
Dennis is also the former lead vocalist of The Chimes who performed Since Lenny Cocco's death back in May of 2015, till October of 2017.

Italian American born named after his grandfather (Dionigi in Italian, and Dion in American),His parent s decided to name him Dennis on his birth certificate with the suggestions of their close friends because of the popularity of the character "DENNIS THE MENACE".


Dennis Dell began singing at the age of 6 years old where he started in the music industry since the early 60's. Originally from the Fordham section of the Bronx born on Grote Street ( 2 blocks from Dion, relocated to Hughes Ave - 238th St - Throggs Neck - and Pelham Bay. He presently resides in Westchester NY since 2007. He has shared the stage with some of the top acts in the business such as The Temptations, Four Tops, The Miracles, The Five Satins, Drifters, Dion and the Belmonts, The Tokens, Natalie Cole, Earl Lewis & The Channels, Brooklyn Bridge, The Del Satins, Larry Chance and The Earls, Kid Kyle, Kenny Vance& The Planotones, Barbara Harris of the Toys, and many more including The Duprees who also had an interest in him in the early 2000's due to some internal issues.

At the age of 11, he was the original lead singer of the acapella group "The Destinaires", with the acapella hit records, CHAPEL BELLS, DIAMONDS AND PEARLS, TEARDROPS, THE CLOSER YOU ARE, plus several more in the 60's. In 67, The Yankee Organization invited him to the Stadium for a farm team tryout and did well and the same year Atlantic Records had an interest in signing his group The Destinaires to a recording contract for a song written by Fred Kaplan and Dennis, but, the deal fell thru as well as the Yankee farm club deal due to Dennis being drafted for the mlitary . After returning from the military, (Vietnam) Dennis was asked to become a member of the Mello Kings in which he did from 71 to 72. After leaving the Mello Kings he reformed his original group The Destinaires then later changed the name to "DESTINY" in the mid 70's performing at various night clubs in the tri-state.

In the early 80's, he put together an orchestra behind him adding a female vocalist and featured the backup singing group (Destinaires) to perform a show. Destiny then became one of the most requested orchestra's to perform at banquets, weddings,and dinner shows in the Tri-State area till 1996, when he decided to go as a solo performer.

In addition to being a member of The Acchords, Dennis continues to perform as a one man show as well while performing as an Acchord. Dennis Dell has been impressing the media throughout the tri-state area, with his special talent of his many voices and styles and a wide range of popular music, from the 40's to the current pop.

He has been a guest on CBS 101 FM a number of times as well as Wlux 's Mickey B's Show on Long Island and has done several commercials for various companies including Honda.

"I've written many articles about the musical talent, and Dennis Dell is by far the leader in this field. Extremely talented, Dennis sings each song as if he owns them. Thank you DENNIS, FOR MANY YEARS OF entertainment... and many more." thabarman@aol.com

"Dennis, To a great performer with a terrific voice. Keep up the good work of making people smile and enjoying your many voices that are a special magic and talent that you bestow on the audience. I suggest everyone get out there and watch you perform." Dennis Nardone WVOX 1460 AM "Remember then" Oldies Radio Show 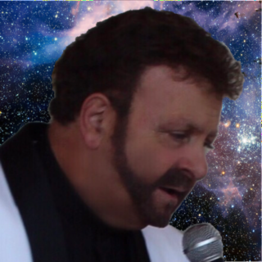 ​The Many Voices Of Dennis Dell 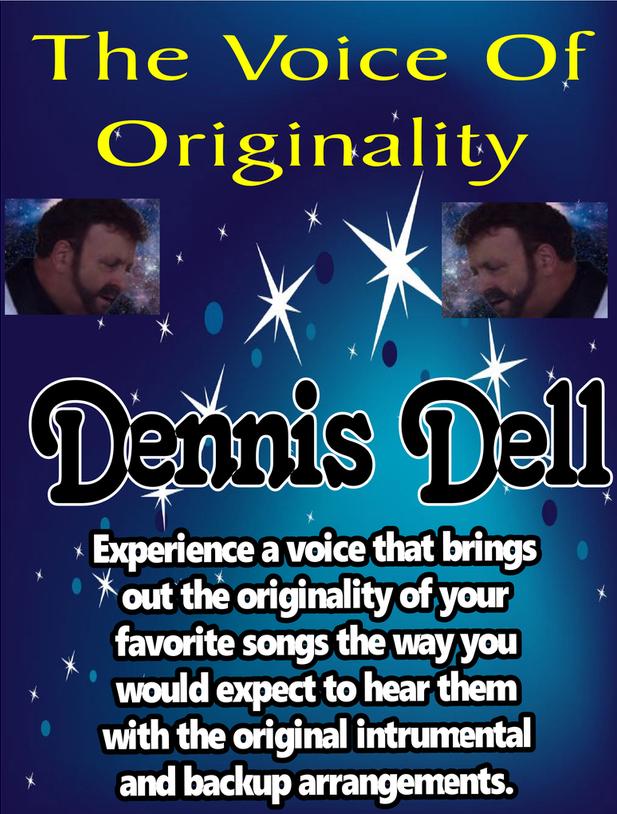 ​​​EXPERIENCE THE REALITY IN THE VOICE